I Feel Like The Walking Dead Cheated Me A Little 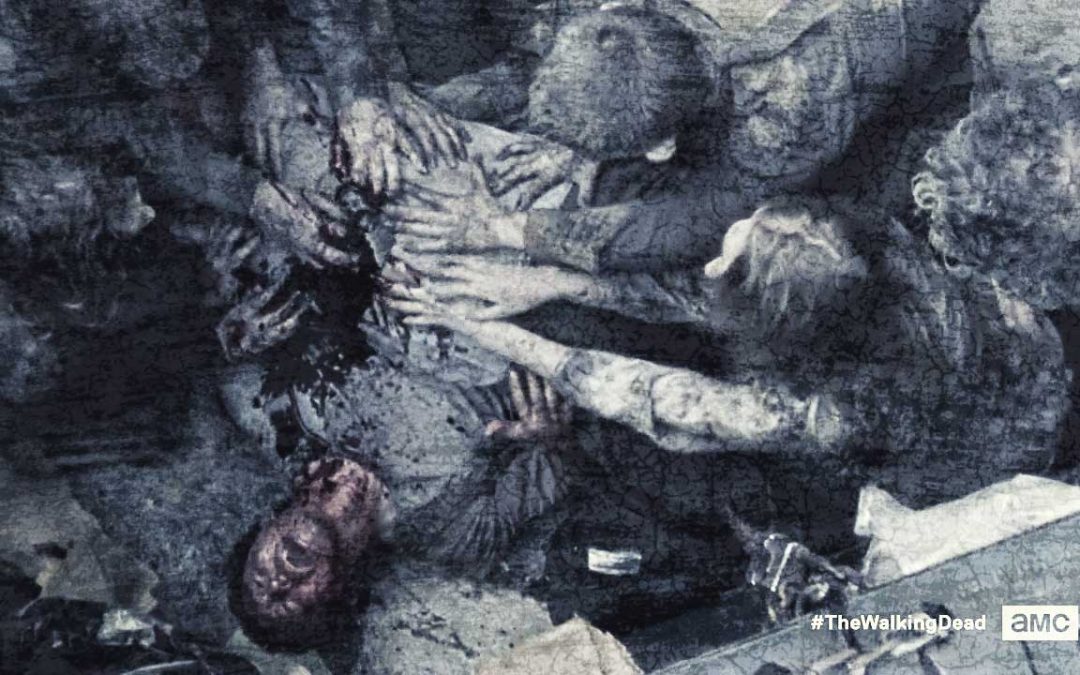 I Feel Like The Walking Dead Cheated Me A Little…

So I kinda feel like the The Walking Dead cheated me a little.  I am thrilled Glenn isn’t Dead.  But, at the same time I feel a little cheated.  We all saw Glenn fall from the top of that garbage bin.  His feet would have landed near the base of said garbage bin. Yet somehow through the miracle of TV he lands with his head just to the side of the garbage bin.  I wasn’t buying it.  Not at all, when we last saw Glenn back in episode three he didn’t fall with his head anywhere near that garbage bin. 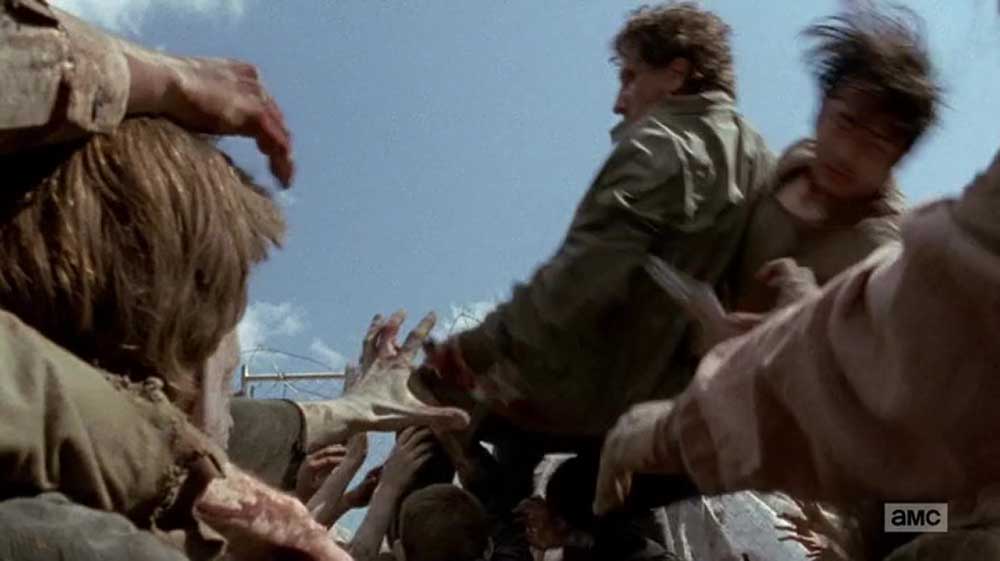 This of course makes me feel like the Walking Dead cheated me a little because now in episode 7 (Heads Up) I am supposed to believe that when Glenn fell into the zombie horde his body magically turned nearly 180 degrees before hitting the ground. I continued watching Episode 3. I wanted proof that when Glenn landed, his feet were at the base of the garbage bin. Well, they weren’t.  Below is a screen capture, again from episode 3, and we can clearly see that the garbage bin is in fact near his head. 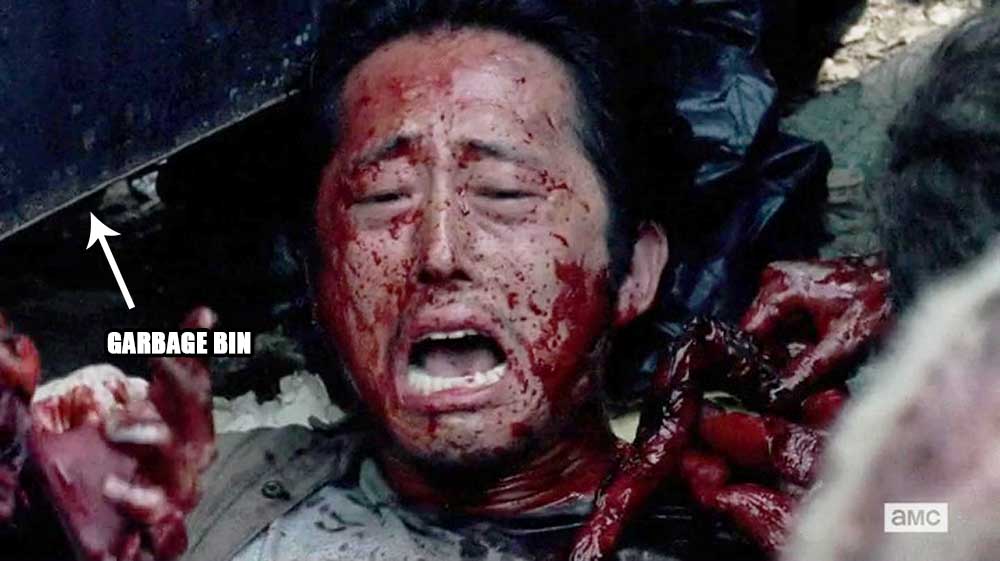 It does bother me a little that they completely ignored the physics of the fall but, I am willing to except it for three reasons.  First, Glenn isn’t dead and that’s really all that matters. Seriously, they could have had Jake from State Farm appear and magically pull Glenn to safety and I would have been fine with it. Second and more importantly, way back in episode 3 they clearly show that Glenn’s head somehow ended up by the garbage bin. Don’t know how I never noticed it.  I just figured that was something else because his head couldn’t have possibly landed next to the bin.  But, knowing how the scene all ends, that was in fact the garbage bin, it’s logical to assume that he crawled under it to survive. Though I am totally going to ignore the other fact that there is no way any full grown adult could ever fit under there. Last but not least, reason three.  The Walking Dead is a show about the dead rising and walking the earth.  If my only problem is that a character magically changed directions in mid air and not the fact the dead have risen, then I’m the problem, not the show.

In conclusion, yes, I do feel like The Walking Dead cheated me a little but at the end of the day, I am just glad that Glenn is back though I have a sneaking suspicion that his days are numbered or worse yet, Maggie’s days are numbered.  Hell, even worse yet, the mid-season finale is next week!  This is why I normally just wait until the entire season is over before I start watching it.  I hate this waiting crap! There is no fun in the waiting.