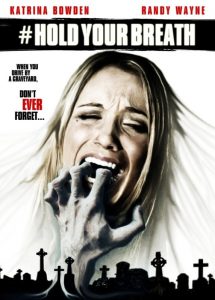 “Hold Your Breath – A group of friends on a weekend camping trip find themselves being picked off one by one when one member of the group refuses to abide by the urban myth that you can breathe in evil spirits when passing cemeteries.” IMDb

Hold Your Breath is yet another movie I really enjoyed. I know this site is called bad horror movies and sometimes I feel as though I am not doing my job when I report on movies that aren’t bad.  That being said, I am not going to trash on a movie just so I can add it to my site.  But, Bad Horror Movie isn’t about only Bad Horror Movies, it’s about whether or not a movie IS a bad horror movie.  And, Hold Your Breath’s only real problem is that there just wasn’t enough of Devanny Pinn in it.  Honestly, I have no idea why she didn’t have a major role in this. Eventually though, I managed to move past my disappointment and get back into the movie.  Anyways, the lack of Devanny Pinn though disappointing, isn’t enough to make it a bad horror movie. 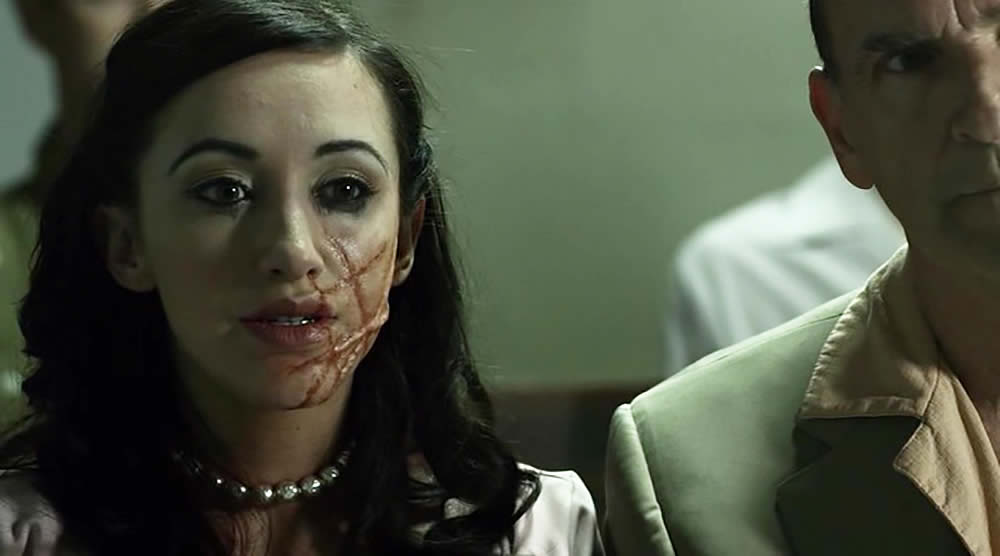 The acting was fine and it was refreshing to see Katrina Bowden as Jerry. If you’re unfamiliar with her, she was the love interest of Dale in Tucker and Dale Vs Evil and if you don’t know about that movie, you seriously, need to see it, like right now.  Go ahead, I’ll wait…  Okay, now that we’re all on the same page you can understand why I was glad to see her again.  Great movie, great cast. The moment I saw that Katrina Bowden was in this movie, I pretty much new I would like it.

Katrina’s performance  in Hold Your Breath impressed me for a few reasons.  I expected her to be the main guy’s girlfriend and she wasn’t.  I expected her to be the good girl, she wasn’t. In fact, I expected a few things, from a few of the characters that didn’t happen and that’s a good thing. Though the characters were mostly stereo-typical at face value, there was a little depth here and there. Everyone played their part just right for the role they were playing but for the movie they were playing in. 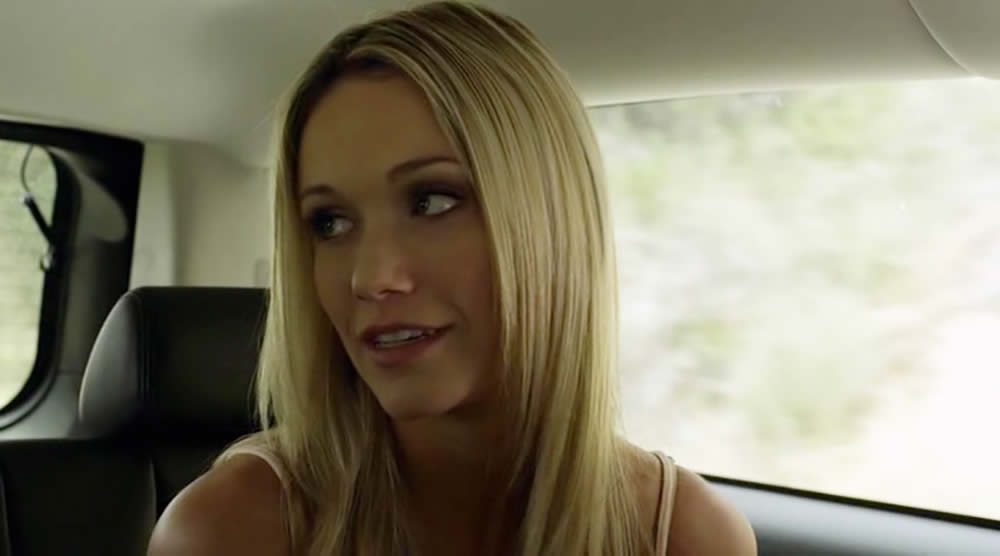 There is some nudity in Hold Your Breath and for that I would like to say, thank you, Erin Marie Hogan it was an unexpected pleasure and I am now stalking you on Twitter, I mean, “Following” you on Twitter.  Anyways, I bring up the nudity for two reason, one, I’m a guy and I love boobs. Two, okay, there’s really only one reason. Tried to come up with a technical reason that would make me sound smart and I couldn’t think of think of one.

Okay, okay, back the review.

The special effects, something I am always critical of, were done well.  They didn’t throw out a  bunch of CGI and call it a day. They had practical effects, could have used more but there were enough practical effects for me to give it a thumbs up in that department. Nothing was over done here. A good example were some of the effects in the opening scene. From the fabulous Devanny Pinn and her facial appliance to the eye gauged out on Keith Allen‘s character Van Hausen. Everything was well done here. 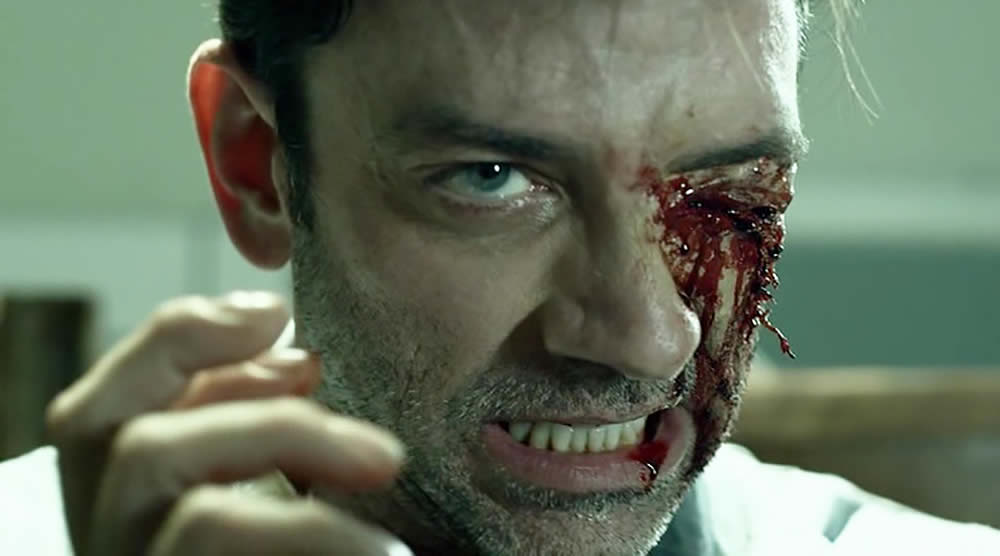 Another standout here was Steve Hanks as McBride. Some of the goofy sayings he had were classic, “You’d rather chew glass and beat off with sandpaper than sit in the same room with that son of a bitch.” Seriously, good practical special effects, good acting, colorful dialog and boobs! Hold Your Breath is a 90 minute long good time.

The people that will like this are those of us who enjoy horror comedies, though this isn’t a horror comedy, it’s more fun than scary in a good way. It doesn’t take itself too seriously and it doesn’t dive into absurdity. It’s a fun idea with ghost possessions and a bit of gore thrown in when needed. It doesn’t insult you with a stupidity. Hold Your Breath has just the right amounts of everything.  It’s also the perfect movie for late night watching when you’re alone. It’s good enough to entertain you and yet not so intense that you’re going to have to walk down that long dark hall to your bedroom in terror after the movie is over.