How They Resolve That Last Death On The Walking Dead 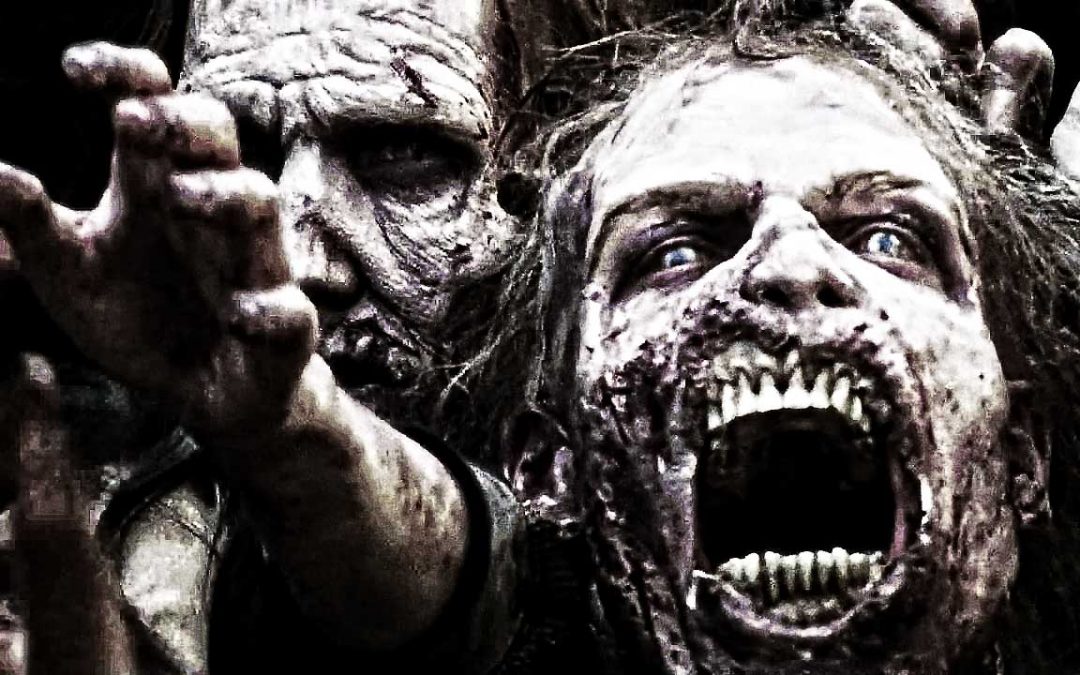 Before getting into that, this contains spoilers so if you haven’t seen the last episode, “Thank You” of The Walking Dead then you should probably stop reading now. You’ve been warned.

There has been so much speculation on this and I’m pretty sure it’s going to take a week or two before we find out his true fate.  I’ve given it way too much thought as to how they can resolve that last death on The Walking Dead.  Below is what I have come up with.

Okay first, I think it’s it’s really going to piss a lot of us off they go with the “It was all just a dream” bit the movies and TV have done so many times before.  So if that whole scene was just some wild hallucination on the part of Nicholas, I think most of us going to lose a whole lot of respect for the show. That type of writing belongs on soap operas, not the most successful horror series of all time.  It’s just so cheesy I don’t even want think about it.  So what are the other possibilities here? Can Glenn have survived? Scott M. Gimple, one the shows writers and producers said that Glenn’s story will be resolved and that Glenn will be back in one way or another. He couldn’t have been more vague. 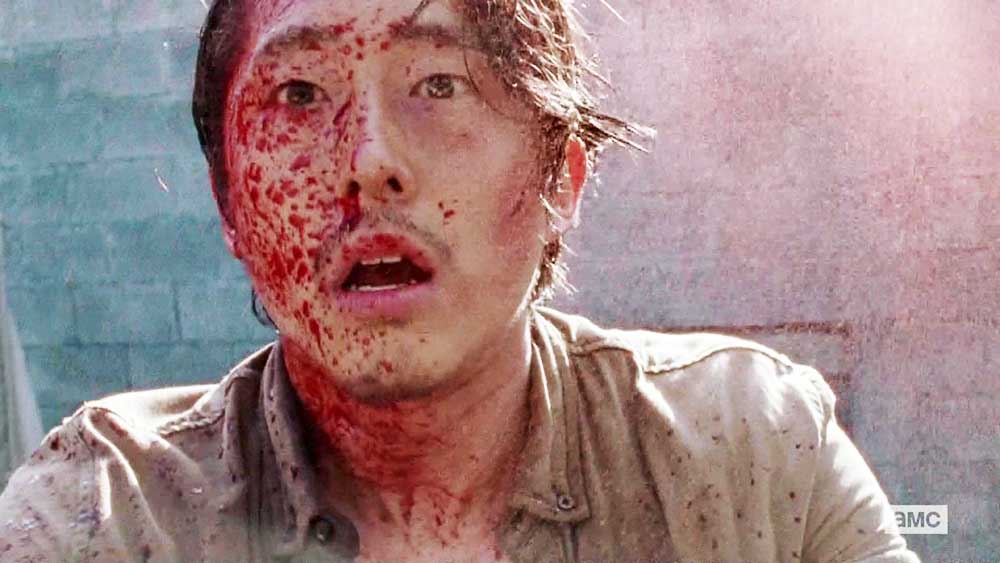 I’ve already discussed how I don’t think there’s any way Glenn could have survived in my previous post.  I am however willing to accept that he could have made it out of the zombie horde by covering himself with zombie guts.  But, I have a hard time believing that he could have done so without at least getting bitten.  The more I thought about it, the more that scenario makes perfect literary sense.

Here’s how I think it’s going to go down when they get back to Glenn’s story line.  Imagine Glenn back on the bottom of that pile as Nicholas is being devoured by the horde of zombies.  Glenn comes to his senses.  He reaches out to one of the zombies.  Maybe some zombie guts fall on him?  He begins to cover himself with all that putrefaction.  But, in the processes he’s bitten on the leg or arm but still continues covering himself with the zombie guts.  Hell maybe while applying the guts he even passes out and later wakes to find the horde has moved on and there’s nothing left of Nicholas but blood and bone.  Maybe then he realizes that he’s been bit or remembers that he’s been bit.  Now wounded, Glenn slowly makes his way back to Alexandria to see Maggie and say to goodbye before he turns in the walking dead. 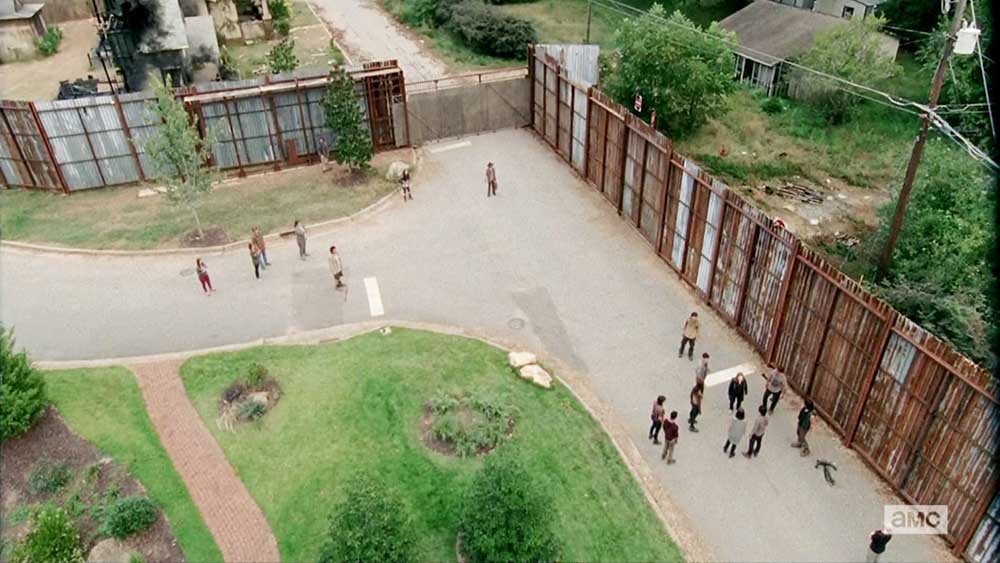 This brings about some serious drama.  We have the emotional reunion.  The devastating news that Glenn’s been bitten.  Then the most horrible part, the realization that someone is going to have to put Glenn down.  Will it be Maggie herself?  Will this bring about change in her character?  Will we see her become more like Rick and Carol?  Or, will this make her more like Morgan?  If she doesn’t kill Glenn, will it be Carol?  Rick?  How is it going to change the dynamic between Maggie and whoever has to do it? These are things that bring about good drama.

The other way I think it could go down and would be just as effective.  We are left for weeks not knowing the fate of Glenn.  Then when we least expect it…  The whole group runs into zombie Glenn.  Gasp!  Then the realization that someone has to kill him.  The only problem with this story line is that it was done back in season 2 with Sophia.  However, I still think it could be done again with the same chilling, sad and horrific effect.

There’s a lot of options but I think the first option mentioned is pretty much how it’s going down.  Glenn survives but has been bitten.  He get’s to see Maggie again and then makes her promise that someone kills him before he turns. I think this way promises the most emotional content and drama .  But, no matter how it all goes down I am sure of two things.  One, it will be epic and heartbreaking. Two, this story line ends with Glenn’s death.

I am however, hoping that I’m wrong.  I want Glenn to live but those rat bastards killed Beth, there’s just no way those same heartless, rat bastards are going to let him survive.  It’s The Walking Dead, sooner or later, everyone dies…