“Jack Brooks Monster Slayer is a Canadian comedy horror monster movie produced by Brookstreet Pictures. The film was directed Jon Knautz and stars Trevor Matthews, Robert Englund and Rachel Skarsten. The film is about a plumber named Jack (Trevor Matthews) whose family gets slaughtered by a demonic beast. While fixing the pipes for Dr. Crowley (Robert Englund), the Professor awakens an evil source and eventually transforms his body into a monster. With the evil spreading out of control, Jack harnesses his anger to face the monsters and avenge his family.”  – Wikipedia

I really enjoyed this Jack Brooks Monster Slayer.  This isn’t a bad horror movie my any means.  There were some things I think that could have been approved upon but all in all, this is fun horror movie.  The acting was fine.  The special effects were impressive. Most notably, they were mostly all practical effects.  Nothing ruins horror movies like CGI.  Doesn’t matter how good the acting is or how good the story is, if CGI is the primary source of the films special effects, the film is going to suck.  Yes there are notable exception to every rule.  But, when it comes to horror movies, CGI is almost always frowned upon by me.  The practical effects in this film were site for sore eyes. 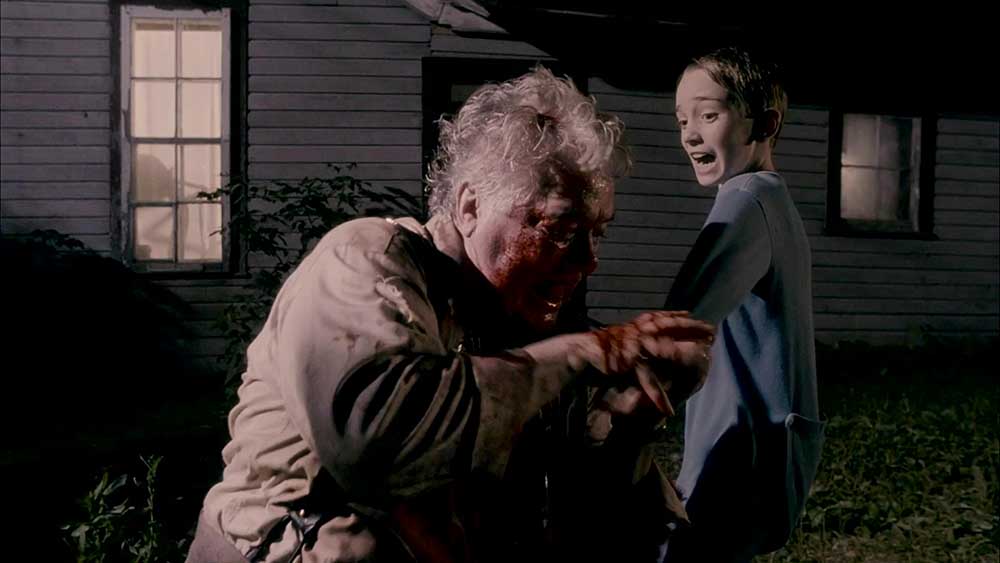 The only thing that I didn’t like was the pace of the of the film.  It runs a bit slow in my opinion. For a movie called “Monster Slayer”, there wasn’t a whole lot of monster slaying going on.  Had they made Jack’s professor, Gordon Crowley played by Robert Englund, more of mentor figure who sees all the right traits in Jack. Someone who that already knows about monsters and is looking for the next slayer, I think the story would have moved at a quicker pace.  I think it would made for a better story having the two characters have more of a Buffy / Giles relationship Instead of having the professor there as just another victim of an ancient monster. The story unfolds all around Jack instead of happening to Jack.  In a nutshell, Jack does zero monster hunting until the final act and I think that’s a shame.

That being said, the events that unfold are interesting.  There is a story to follow and if there is ever a sequel to this movie I think will be a huge hit.  I honestly don’t know why it hasn’t been made yet.  This is movie should still be getting much more attention than it has.  One of the reasons I put off seeing it for so long was I’ve never heard anyone ever talk about this movie. Not a single friend even knows it exists, I have never seen a review of it and when it came out, I had never even heard of it. This movie deserves more than that.  This movie needs a sequel!  Most of all, it deserves to be watched and appreciated for what it is.  A fun monster movie with an 80’s monster movie throwback vibe that it nails wonderfully.

Jack Brooks Monster Slayer is definitely one to own…