How’s that for a clickbait title!? After last Sunday’s brilliant Morgan episode I am further convinced that Morgan needs to die.  I love Lennie James portrayal of Morgan but unless he changes his new found pacifist philosophy, he’s a threat to everyone.  In fact he nearly got Rick killed by letting members of the Wolves go. He’s keeping a member of the Wolves prisoner in some sadly noble attempt to change him. I hate to say it but Morgan needs to die.

Even though I thoroughly enjoyed Morgan’s episode.  Even though the amount of depth it added to his character was overwhelmingly touching.  I just can’t accept his pacifist philosophy as anything another other then dangerous within the world of the show.  His pacifism makes him not trustworthy at this point.  If he’s in fact hiding that member of the Wolves in the camp from everyone, it proves he can’t be trusted because sooner or later that guy is getting out and when he does, he’s going to kill people. Whatever trust he has with the rest of the group is going to all be lost when this happens. 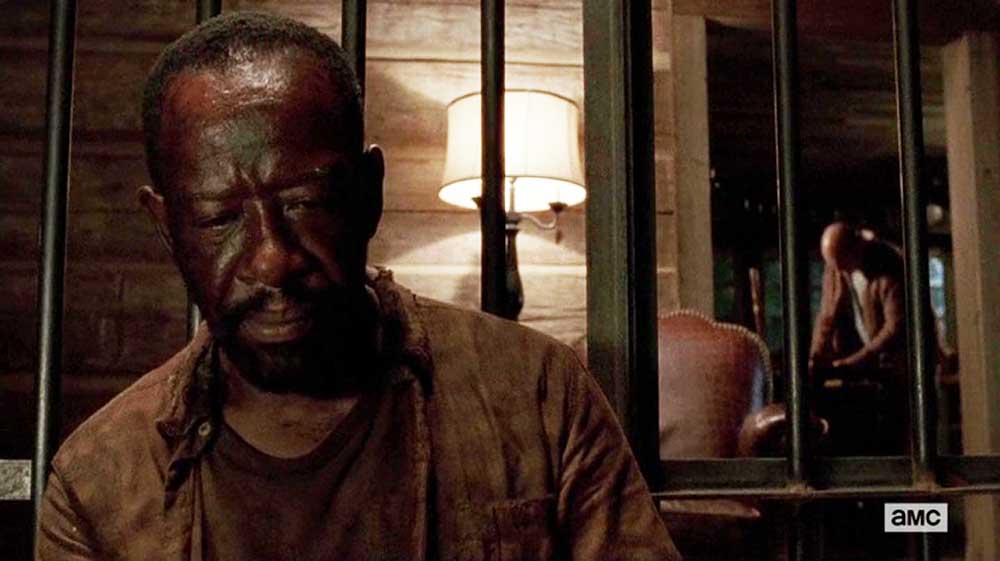 I also believes there’s a part of Morgan that wants his prisoner to get out and kill people and I will tell you why. Right now, Morgan is trying to do the zen thing as he was taught.  We all can say we’re a pacifist, a killer, a saint, a sinner but until we’re truly tested, these are just empty thoughts, hopes or opinions.  Morgan’s former mentor Eastman didn’t fully realize his pacifism until he kidnapped Crighton Dallas Wilton, the sociopath that killed his wife and daughter, and let him die.

Morgan is in no position to be teaching anyone anything at this point in his road back to insanity.  Some people can’t be reached.  Some people are just bad and always will be. Most importantly, that oldage is true, “You can lead a horse to water but you can’t make him drink.” People can change but they have to not just want to.  And, to be completely honest in most cases, people don’t change unless they not only want to but have to.  Morgan’s prisoner is probably isn’t one of those people wants to or needs to.

Somewhere in Morgan’s subconscious he wants his prisoner to kill someone he cares about.  I say this because, if this happens, Morgan’s new all lives matter philosophy will be tested and he needs to know if his convictions are true.  If his prisoner kills someone Morgan cares about then and only then will he truly believe in himself and his new found pacifist ideals.  Until then, his thoughts and words are just that. Deep down, I think he knows that.

Characters need to react, to emote in realistic ways.  Or, at least ways that “seem” realistic to the fictional world they live.  Morgan has gone from sane, to paranoid, to bat shit crazy and is now somewhat sane and struggling with an ideology that brought him out of the darkness.  I think it’s important for all good characters to grow and learn.  Morgan hasn’t truly tested his ideology yet and this has already made him dangerous.

Morgan has found himself struggling with an unrealistic and dangerous ideology.  I say this because he has made the mistake that a lot of ideologists find themselves in.  Things are very rarely ever simply just black and white.  There is an exception to every rule. Ideals are great and something to strive for but sometimes those ideals need to put on hold.  The world doesn’t care about your ideals. Life goes on, nature goes on.  Morgan needs to accept this because life and death are the only reality.  Everything else is just opinion. In the world of The Walking Dead, Morgan’s opinions are more than likely going to get good people killed.  His opinions aren’t worth the lives he’s been risking. 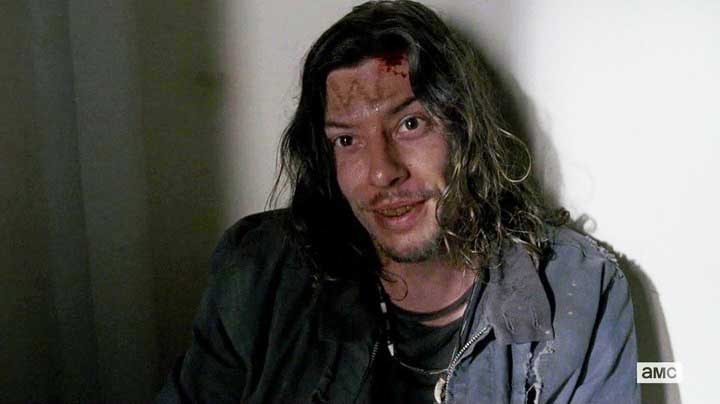 I could speculate about the possible outcomes of Morgan’s actions.  I see several ways this story line ends.  The best outcome is that Morgan dies.  I would like to suggest that maybe he has a change of heart and decides that sometimes you have to kill people.  However, I can’t because he’s probably not going to come to that decision until enough die directly because of pacifist opinions.  And, if that’s the case, how many have to die for his beliefs?

It’s just not safe having someone like Morgan around.  He won’t even carry a gun.  Just imagine Morgan is outside the gate, maybe a recon mission?  One of the team members is confronted by walkers and needs help.  Morgan sees this but is too far away to run over and beat the walkers to death his stick.  Everyone else would been able to use their gun and start shooting the walkers.  Morgan just has a stick and sticks aren’t really effective when you’re trying to save someone whose just out of reach.

Morgan, is sadly the most dangerous character on the show because he is loved and trusted but he’s putting his own beliefs above the welfare of the community. Beliefs are fine on a personal level but they almost always fail on epic and tragic levels when others are forced to suffer for what you believe.