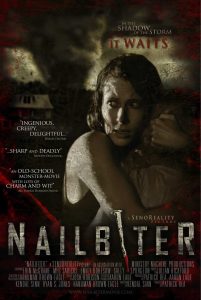 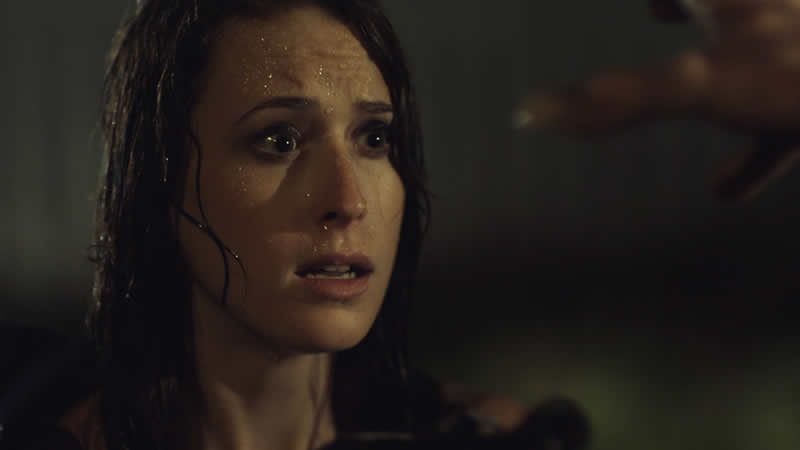 Ten people arrive at a secluded mountain resort to find it completely deserted. With no gas for the return trip, the visitors are forced to stay and investigate the mystery surrounding the abandoned lodge.
-IMdB

Well, this one was almost fun.  I was really enjoying right up until I realized how it going to end.  I am not sure what it was or how I knew.  I of course don’t want to give away the ending.  The best I can do for you is say that I didn’t like this for the same reason I didn’t like Alfred Hitchcock’s The Birds. Never mind, I have to spoil it a little.  So if you read further, do so at you’re own risk.

Here’s the deal.  The movie is a mystery of sorts.  A group of friends arrive at a vacation resort in the mountains and low on fuel.  Upon arrival the soon learn they are all alone up there.  No people can be found.  Food on the table as if people were right in the middle of the their meals when everyone suddenly vanished.  I am loving the movie at this point.  I can’t wait to learn or figure out what’s going on.  Sadly, it never happens.

I am sorry to Alfred Hitchcock fans for shitting on the ending to the birds and to the makers of this movie but it’s just weak writing and nothing else.  You don’t suggest a mystery and then not solve it by the end of the film.  It’s not deep, it doesn’t make you ponder anything, it’s just pathetic.  You have one job as a writer, write a story with a beginning, middle and end.  I don’t care what order you tell them in.  Just make sure that they are there.  If you can’t even accomplish that, you have failed.

As far as the acting goes, I thought everyone did a wonderful job.  I thought the directing was pretty good as well.  This movie had so much talent it makes it even more tragic that this movie had such a shitty ending.  Obviously there were people who cared about making this movie.  But, somewhere along the way they just decided to ignore how frustrating bad the ending is.  Just hoping people will like the movie so much that they will just ignore the shit ending.  Something people like need to realize is that it’s actually the reverse that is true.  You can take a shitty movie, give it a killer ending and people will recommend it to others.  Fuck the audience at the end unless you’re Alfred Hitchcock come back from the dead the movie is going to suck.

I was really enjoying the movie until I started to see that we never going to be told what in the fuck is going on.  We are left to guess that perhaps it’s some kinda something the government is aware of but that’s it.  Did the cause the phenomenon or are they just tracking it?  We certainly do know.  Now some will say, the ending is left up to your imagination.  I say, are you fucking kidding me?  I’m not paying to see your movie so I can just imagine it!  If I wanted to imagine it, I could have just stayed at home and imagined the whole damn movie and saved myself a trip to the fucking theater and a whole lot of cash.