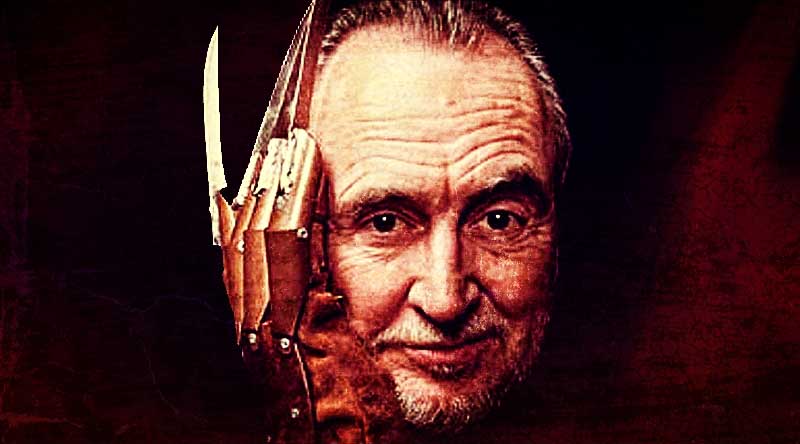 Way back in the summer of ‘82 I had a nightmare. It was so vivid and terrifying to me that I woke up thinking it was a real for a few moments. I remember it so well though some of the details have faded just a bit over the decades since then. The dream involved my closest friends from the neighborhood. It had started with myself and my friend Bill. His soon to be girlfriend Patty. David, also one of my closest friends from the neighborhood. His parents and mine all made it into this very real seaming nightmare.

The dream had started with Bill and I riding our bikes in the middle of the night up at Eisenhower, the local high school in Rialto, CA. A lady driving an old white Plymouth started chasing us. At first I had thought it was Bill’s girlfriend Patty. Bill and I rode wildly through the parking lot. We had to ditch our bikes and jump on top of parked cars as she chase after us. She crashed into them trying to get to us for some unknown reason. At one point I got a close look at her.  Half of her face looked burned and sort of melted and scared. It wasn’t Patty.

I managed to get back onto my bike just as heard a loud scream that I couldn’t comprehend at first. It was my friend Bill. I had never heard him scream before. He was the oldest of my group of friends. Bill would never scream but, he did now. I heard the horrific sound of a thick, wet slushy bone cracking as the crazy lady ran him over. I raced for my house and she eventually started to catch up with me.

I made it to my friend David’s house. Frantically, I pounded on the door, he finally let me in. His parents woke up, they all tried to calm me down as I sat in their living room and told my story to them. Then, they were in the kitchen for some reason talking about what to do with me. I could see the shadows of David’s parents on the wall in the kitchen as they quietly talked about what to do with me. Then I saw a third shadow creep up from behind them. I tried to scream but was too terrified. I watched in horror as the shadow suddenly jumped at them and start stabbing. I sat frozen in fear for a moment before finally being able to stand and run. I looked around and couldn’t find David but I noticed that the front door was open. He must have gotten out.

I ran out of David’s house and down the street. My house was just a few doors down and across the road. I made it into my house and then suddenly found myself in my bed? Again frozen as I watched her walk into my room. I tried with everything I had to move and couldn’t. She kept walking slowly towards me and yet I remained powerless to move. I struggled and could do nothing. Then finally, I broke free from the fear and leaped out of bed and quickly tackled her to the ground by my closet door. The knife fell from her hand and I grabbed it. I began stabbing at her face over and over again. I tried to look down but my vision would go blurry like I was going pass out. Then, I did pass out and somehow was back in bed again.

I looked over at the floor in front of the closet. She was starting to get back up. I jumped out of bed, landing on top of her. I began stabbing again and as I tried to look down, things went blurry and once again I found myself back in my bed. I jumped up again, ran over to her as she tried get up. Again as I tried to look down at her, it happened again. But, this time as I looked over from my bed, she was gone and I realized I was finally awake and it had just been a dream.

I got out of bed. Stood there a moment as I stared at the floor where just moments ago the badly burned and bloodied woman had been. I was still out of breath. I took another step closer to the closet when a hand shot out from underneath the bed and grabbed my leg. I let out a scream as I looked down. It was my friend David. He had been hiding under my bed. I feel a sense of relief and then as I turn back towards the closet the burned and bleeding lady is back, I’m still asleep. I fall tothe floor and grab the knife that was still stuck in the women’s head. She won’t die, I keep stabbing but she won’t stop grabbing at me.

I find myself in bed again but this time I wake up to find that I’m making stabbing motions at my thigh as I lay there. It takes a few seconds to stop stabbing at my leg. My fist still clinched like it was holding a knife tightly. I look over to the closet, she’s not there. I really am awake. I climb out of bed and my leg is sore. I stop and look under my bed for David. He’s not there thankfully. I step over to my closet and reach for a t-shirt to put on. As I reach into the closet and pull out that shirt I notice what looks like a tiny drop of blood on the closet doorframe.

The day before I was eating a chocolate ice cream bar while digging for something in my closet, it was just tiny spot of that chocolate bar that must have touched the wall.  But, it was such a creepy moment that for second or two it had me wondering if had really been or dream or not. That’s when it hit me. This would make an amazing story. I sat down later that day and starting writing a story about a killer lady with burn marks on face that was killing all my friends in my dreams. Every night I’d dream that she killed a friend and I’d wake to find that the friend had died in their sleep. With each new dream I’d find something from that dream had made it back with me. I was pulling things from my dreams into reality.

I worked on the story for months. At one point, I gave it to one of my teachers to read. He had the story for a few days. Said he liked it a lot. But, being a kid I had soon moved on to other things. That was until 1984 came alone and I saw A Nightmare On Elm St. for the first time. It was so close to what I had I written, I was convinced it was all my idea. Who was this Wes Craven guy and how did he get my story!  Sure there were some differences in the story.  The basic idea was identical in so many ways. My story did have more sex in it but I was teenager at the time.  I couldn’t write a story and not have a sex scene in it.

Of course, he didn’t really steal my story. It was just a coincidence. But, ever since that time long ago, I’ve always felt like Wes Craven and I must have a lot in common. I was a huge horror movie fan and the 80’s was the best time for horror movies. I just knew someday I’d either be a huge horror movie director or special effects make-up artist.   Sadly, none of those things happened. Instead I grew up to be a sad, frustrated and broke guy that just rants about crap on a few blogs that no one really reads.

When I heard, last night, of the passing of Wes Craven I was reminded again of my youth, my love for horror movies that lasts to this day. I loved so many of his movies. But, his loss reminds me that life isn’t over until it’s over and I still a lot left to do and say. I have a book I wrote a couple of years ago that needs to be edited. I think maybe today I’ll get back to work on it. And, maybe someday it will be made into a movie that some other kid will have dreamed about and will be convinced that I stole his or her story. And, he or she will be forever connected in the same way that I feel Wes Craven was to me. Or, he or she will just sue the crap out of me and leave me penniless. Life’s cruel but funny like that.